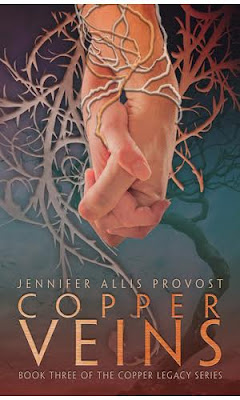 Sara’s pretty sure her life is perfect.

Not only are she and Micah finally married, her father, who’d been missing since the Magic Wars, has been found. Actually, he just strode up to the manor’s front door, but whatever. Sara knows better than to look a gift horse in the mouth.

But Baudoin Corbeau isn’t content to return to family life. He’s decided that he will be the force of change in the Mundane world, and lead the Elemental resistance to victory with his children at his side. What’s worse, Baudoin doesn’t approve of Sara’s marriage, and makes every attempt to separate her from Micah.

After a visit to the Mundane realm leaves Sara, Max and Sadie imprisoned by the Peacekeepers, Sara’s doubts creep to the surface. Is her father right? Does she belong in the Mundane realm, not the Otherworld? Is Micah really the right man—make that elf—for her?

Was marrying him a mistake? 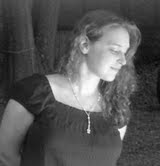 Jennifer Allis Provost writes books about faeries, orcs and elves. Zombies too. She grew up in the wilds of Western Massachusetts and had read every book in the local library by age twelve. (It was a small library). An early love of mythology and folklore led to her epic fantasy series, The Chronicles of Parthalan, and her day job as a cubicle monkey helped shape her urban fantasy, Copper Girl. When she’s not writing about things that go bump in the night (and sometimes during the day) she’s working on her MFA in Creative Nonfiction.