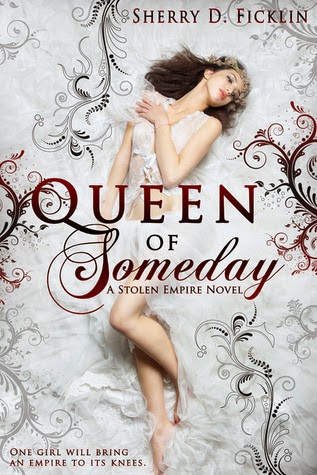 Before she can become the greatest empress in history, fifteen-year-old Sophia will have to survive her social-climbing mother's quest to put her on the throne of Russia at any cost. Imperial Court holds dangers like nothing Sophia has ever faced before. In the heart of St. Petersburg, surviving means navigating the political, romantic, and religious demands of the bitter Empress Elizabeth and her handsome, but sadistic nephew, Peter. Determined to save her impoverished family and herself Sophia vows to do whatever is necessary to thrive in her new surroundings. But an attempt on her life and an unexpected attraction threatens to derail her plans. Alone in a new and dangerous world, learning who to trust and who to charm may mean the difference between becoming queen and being sent home in shame to marry her lecherous uncle. With traitors and murderers lurking around every corner, her very life hangs in the balance. Betrothed to one man but falling in love with another, Sophia will need to decide how much she is willing to sacrifice in order to become the empress she is destined to be. In a battle for the soul of a nation, will love or destiny reign supreme?

Once I began reading this book, after the first few minutes I was hooked and could not put the book down until it was over. The plot keeps you engaged from the start to the very end. In the Queen of Someday, our main character is Sophia who feels it is her duty to win Prince Peter's heart so she can receive the throne of Russia. Somehow in the mix, she finds herself in a complicated romance that could threaten the lives of herself and her loved ones. The story is told from Sophia's perspective which allows the readers to understand the complexity of her character and see how she develops from a naive girl to a hardened young woman. This story brings so many emotions as you are read it. I went from swooning, to anguish, to anger, to sympathy and back to swooning again. I personally love when books can bring me such strong emotions because it usually means that the characters are well done and that I actually care about what is going on in the plot. There is also just something about books set in Russia that I seem to like.

And then there was the romance. Where do I even begin? The strong romantic relationship Sophia had with certain characters was so cute! The dialogue at time got so sweet that I had to just take a pause to think "AWWW!" There are three main guys in this book which include Peter, Alexander, and Sergei. Peter is completely crazy and cruel, but the other two are perfect. My favorite though has to be Sergei because he is very loyal to Sophia. One thing I really liked is that the author did not shy away from the topic of intercourse as many Young Adult authors tend to do. At the same time, it was added into the story in a very elegant way without it being inappropriate to the targeted age group or awkward and seeming like there was an attempt to quickly get around the subject. Many of the characters are quite comparable to the characters from Bethany Griffin's Masque of the Red Death series. The people who enjoyed the romance in that particular series by Griffin should definitely enjoy the romance in this book.