Guest Post by Kate Cowan Author of "Garden of Ashes": Things I Wish I Knew Before Becoming An Author ~ Blog Tour 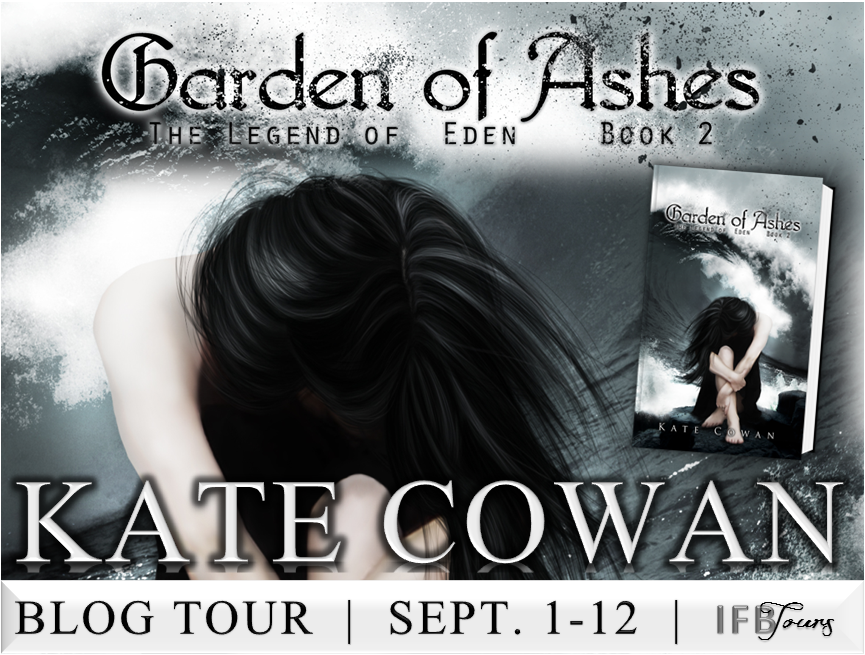 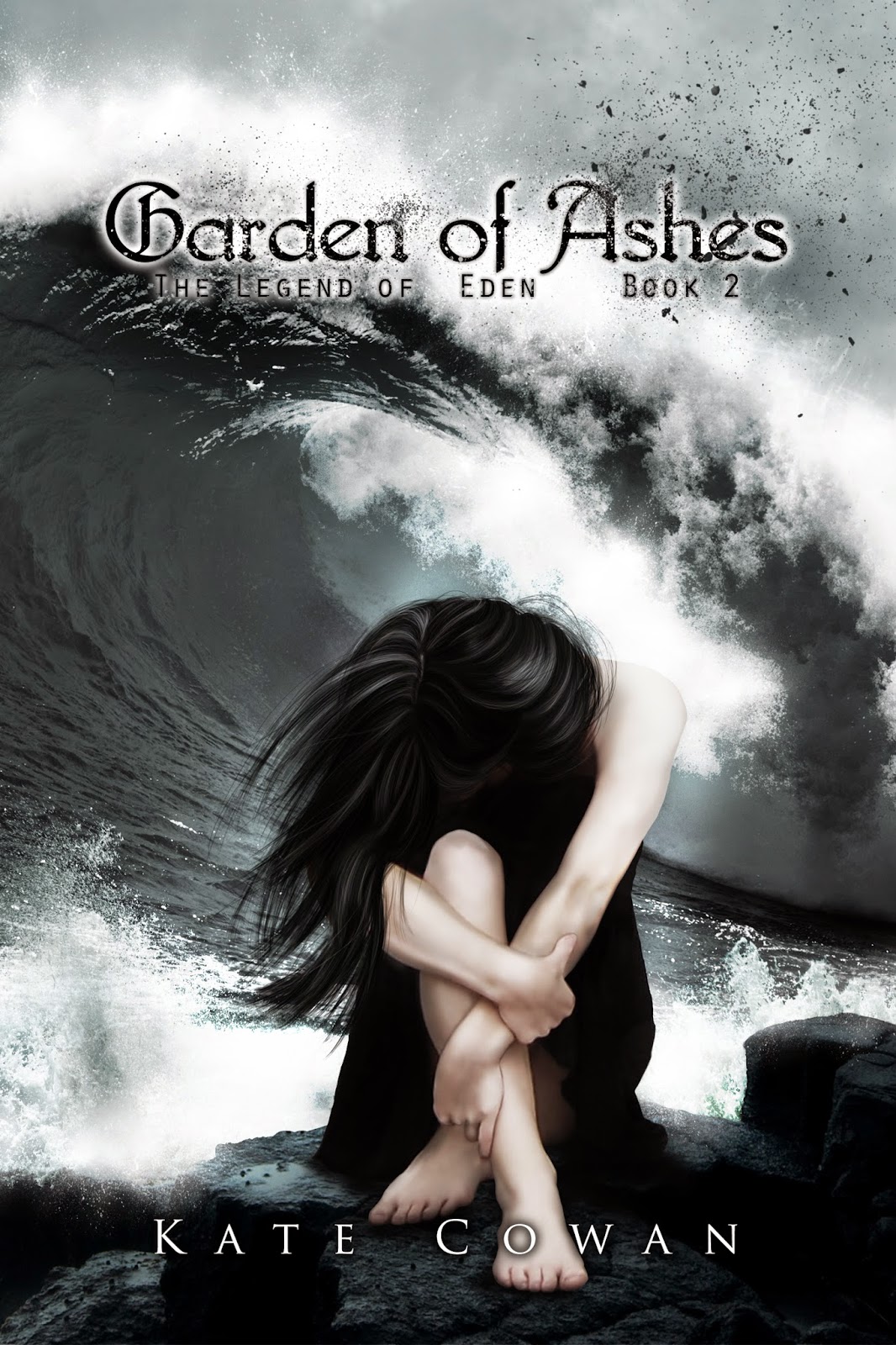 After four years as a prisoner in her parents' attic, hidden away from the Catchers, Eden never dreamt the very people she was hiding from would be the beginning of such impossible things. She's found freedom on the island like she never imagined.

Eden is a sorcerer, with the power of the world in her fingertips. She is determined to never be helpless like she once was, and spends every minute of her spare time training to fight back. As she discovers more of her own power, she and her friends continue to uncover the secrets of the Council. Deadly secrets, hinting at something far larger than the island and the Catchers. Before they can find out exactly what the Council is hiding, Eden's magic begins to spiral out of control, and she loses it for just a second. Just half of a second, and it's enough to change everything.

Suddenly, lives are put at stake, and Eden and her friends must do something no one else has ever dared. They have to escape the island, or they have to die trying 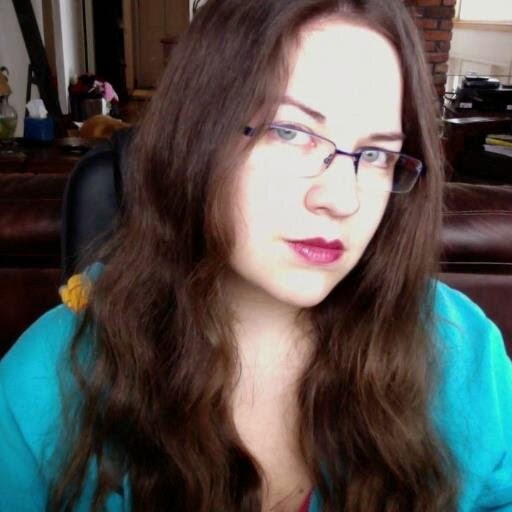 ABOUT THE AUTHOR:
Kate Cowan is an artist, an animation student, a black belt in karate and now, an author. She didn't discover writing until mid-high school, when she began writing an (unintentionally) hilarious novel involving a teenage girl and a magic necklace. Her current novel series, The Legend of Eden, began as a story of Arthurian magic, but quickly transformed into something much different.
Kate currently lives in Ontario, Canada, in a zoo of a house. When she isn't writing, she's drawing, cooking, or browsing the Internet for new music.

Things I Wish I Knew Before Becoming An Author

There are so many things I wish I had known before becoming an author. Specifically, everything. When I first started writing the Legend of Eden series, I was sixteen. Far, far younger than most, which I thought was pretty cool when I was sixteen - until I realized there was a very good reason teenagers don't often enter the world of authors and publishers. Though I was sixteen when I started writing, I was eighteen the first time book one, Garden of Eden, was published. Eighteen. It sounds old enough out loud, doesn't it? To me it does - I mean, it's just a number, right? When you're eighteen, you've graduated high school, in college or entering it, and think they know how to do it all on their own. I'm twenty-one now, and I wish I had known so many things at the time. Let me say, eighteen-year-olds all think they can do anything and it'll all be okay. I had done all the research, looked into all the publishers, and though I was doing it all the right way. Well, maybe I was, but there are so many things I wish someone had told me.
Let's start.

1. People can be cruel, and people can be great. Garden of Eden was published twice. I'm not going to name names, but the first time I signed a contract, I thought everything was perfect. I queried, I talked to the people in charge, I signed my contract and bingo, I thought it was all good. But the people. It was all about the people, and I didn't know that. No one told me the people behind that pretty publishers logo could possibly be so cruel. They can do whatever they like once that contract is signed, say whatever they want to say, be however horrible they want to be. I won't go into it too deeply, but remember - I was eighteen at the time. I had no idea this could happen outside of school. I thought people grew up after high school, started being adults, but I was wrong. To be perfectly honest, no amount of being careful can help this problem; you have to be aware it exists, and know that once you get out of the bad situation, you're going to be far stronger than you were before because of it. I was, and the second time Garden of Eden was published, I found out how great people can be. I met some great friends and business contacts through my current publishers, Anchor Group Publishing, and I never would have found them if it wasn't for my first publishers. I also met a great friend through those first publishers, and though we both went through some bad stuff because of the situation, I think we both helped each other through everything that was happening.

2. The meaning of a good editor. When I was first published, I read all of the articles, and the articles all said to edit your book. I never once realized (and this was probably my own stupid mistake) that to EDIT and GET AN EDITOR are two very different things. I assumed 'make sure your book is edited very well' meant do a few self-edits and then life is good. NO!! Noo, no no no, oh, hells no. It means find someone you pay who knows your genre and edits very well, and has good credentials. It means other eyes must see your book and fix all of the mistakes before it goes to print, because people WILL SEE THE MISTAKES! Lord, I can't believe that I ever thought it was okay to send my book anywhere with all of the errors in it. I think it probably took double the time to edit the book than it did to write the book, and that is the way it should be, every time.

3. Not all publishers are good publishers. This ties into #1, but apart from that, I learned quite a bit in my still-short journey through publishing. If a publisher asks for money from you at any time, they are a vanity press or they are trying to take advantage of you, and you need to run away! Also, there's this amazing little site called Absolute Write Water Cooler, and they have a section for reviews and bewares of publishers. If you google "Absolute Write *insert publisher name here*", you can get reviews and personal experiences for almost all the publishers that are out there. It's such a good source of info for new authors.

4. Success is still far away. I always thought once I a publisher accepted me and I signed a contract, all of my dreams would come true. It was a very, very naive way of thinking, I admit; I thought I'd be famous and have my books in B&N and Chapters and go to book signings in Europe and the USA, or at the very least get five thousand reviews as an indie and have a big publisher notice me and buy the rights to my book. I don't know what I was thinking. There's so much work to being an indie author and still sell books, and it's work I haven't yet had a chance to do in full-force. One day, I want to do this with my life; I want to be a known author, do those signings, have line-ups, but that's a far-off dream right now. I know I have a lot of work to do before then, and I may be sixty when - or if - that even happens. It takes time and work, but you have to love it if you really, really want it.

5. Waiting is very hard to do. Like I said above, being a writer isn't easy, and you have to wait - and word HARD - if you really want this. It's easy to give up at first if you do with without a whole lot to show for it, but you have to wait.

6. Thick skin doesn't grow on its own. I wish it did, but it doesn't. You read in all of the publishing articles that you need thick skin to deal with things like cirques, rejection, asses who only want to put you down, bad reviews, losing a writing contest or even going through online-verbal abuse from people who have serious issues. All of those things suck, but to get that thick skin everyone talks about, you need to go through them. And you WILL go through all of them and more, doubtlessly, at some point. I think I experienced them all right at the beginning of my writing career, and though I wish my own 'skin' had grown a lot thicker, I still have a lot of learning to do before this is all over. Well, being a writer by default, I'm not sure it will be over, ever, which is something that is now a part of me. All of these things said, I love the publishing world, the people I've met, and I'm glad for where I am now, even if I have a long, long way to go before I get to where I want to be. I just wish someone had told me these things before I had started out ;)