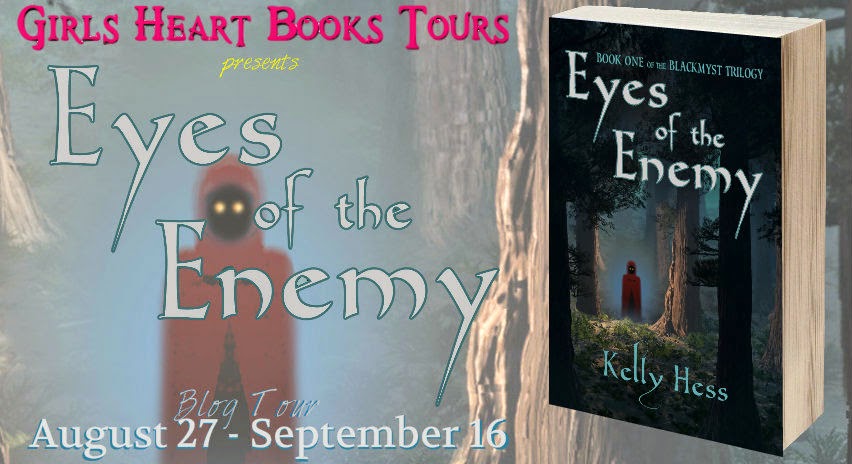 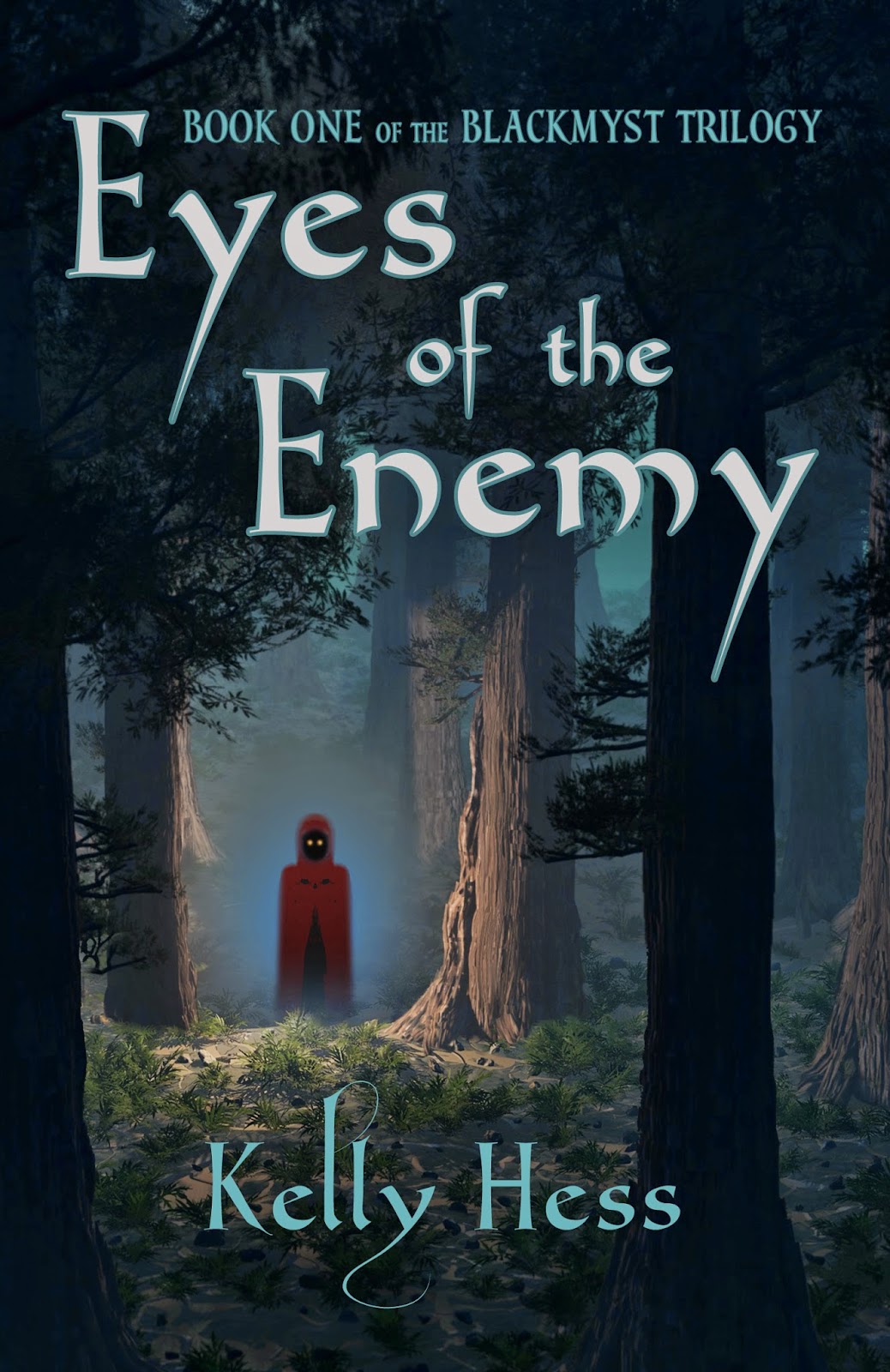 When a rogue band of the dreaded Sorak attacks his village, twelve-year-old Beynn Firehand escapes into the darkness of BlackMyst Forest to find help. During his quest, Beynn discovers his own powerful magic abilities.
The price of his newfound powers, however, may be higher than he ever imagined.

When he opened his eyes he saw the branch. It was an enormous giant of a branch overhanging the path on which the Sorak were heading. An image flashed in Beynn’s mind of that branch falling and crushing the Sorak as they walked underneath it. Beynn looked away. This was no time for silly thoughts. The Sorak continued to get closer and closer. They needed to run, Beynn thought. But, he needed to hide their tracks somehow.
His eyes moved back to the branch, the one that was going to break and fall. Beynn closed his eyes tight. Forget the branch! His mind reeled. He knew they had to get away; they had to run. He opened his eyes and stared at the branch. His focus became clear. The Sorak neared. Beynn’s breathing slowed, all of his muscles tensed, his eyelids closed halfway. He watched the branch and he knew it would fall. 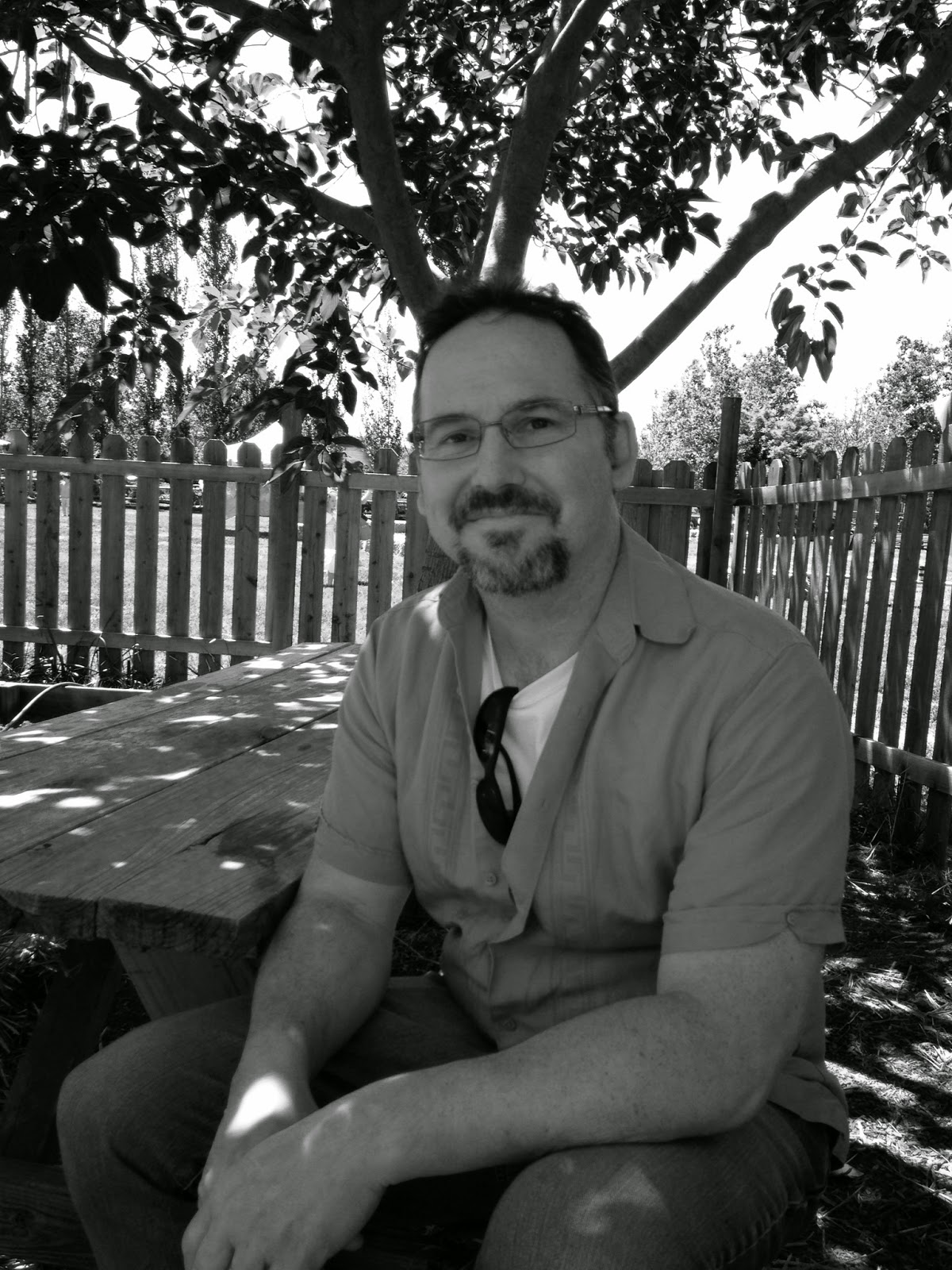 Kelly Hess grew up with a love of reading science fiction and fantasy that inspired him to write  his own fantasy trilogy. He lives in Vacaville, California with his wife and son, and is putting the  final details on the last two books of his BlackMyst Trilogy: The Green Dagger and The Third  Power.

Eye of the Enemy starts off in a place called the Veiled Gorge where the main character Beynn Firehand lives with his father until their village is attacked the Sorak. The Sorak are beings that lack an iris and a pupil, so the only thing visible is the white of their eyeballs. Some Sorak have the ability to use magic and some do not. After Beynn escapes in to a magical and frightening forest called the BlackMyst, the plot shoots off from there. The story is told in third person which I have not read a book like that in a while. I did like how this allowed the reader to jump around and see what was going on with different characters at different parts of the setting. I liked a lot of the characters in the book, but I did feel a little disconnected from them. I think this was because of the third person perspectives, so I did not get to see each character's personality and thoughts which made it hard for me to relate to the all the characters. There was a little bit of romance mixed into the story and it was cute. It was definitely just the middle school crush type of relationships.

The world in this book was very cool.  Eye of the Enemy had a lot of exciting action in it from the very beginning. There were some events in the book that were briefly summarized through dialogue, and I wished these scenes were actually described a little more in dept so I could visualize the action. The BlackMyst forest was quite eerie and I liked that about it. In some parts of the forest, people can hear the screams of past victims. This reminded me a lot of the arena from Catching Fire by Suzanne Collins. The land of the Sorak was another interesting aspect of the story. The Sorak kingdom lies mostly underground where they can navigate through tunnels. There is a lot of history between the humans and the Sorak because of past wars and current animosity towards each other. Each character in the book has their own past and it was great how some of the characters' experiences intertwined with one another. This first book in the trilogy left a lot of potential for the second book. The ending was satisfying but also had an element of surprise that lead into the next book. This book was a good start to the trilogy and I definitely have high hopes for the second book and third books.

This cover was actually one of the initial reasons I was very excited to start reading this book. The cover as a whole makes the book look like an epic fantasy book. The forest with the red cloaked creature (which I believe is a Sorak) at the back makes it look magical and mysterious. Everything on the cover is actually related to the plot of the story and the artwork is very nicely done.

How would you briefly describe yourself to those who do not know you?
It wasn’t so long ago that I’d have told you I am the most normal boy in the world, besides growing up without a mother. Now everything is different. I’m different. I’m forever tied to the Sorak now.

What is your biggest fear?
That the people from my village, Veiled Gorge, will discover the truth about me and that they won’t accept me. I couldn’t stand it if they were afraid of me.

How did you and Fritz first meet and become best friends?
Fritz has always been there. We grew up together since we were babies. Fritz was always small and he got picked on a lot by some of the other boys in the village. When we were five or so, Fritz lost his mother to sickness. I guess I sympathized with him, having lost my own mother at the moment of my birth. We bonded and we’ve been friends ever since. I’ve tried to protect him over the years, but he’s much stronger now. Especially recently. He’s like a different person.

What is the first thing you would want to say to your mother when you meet her for the first time?
I don’t blame you for giving me up. It was the best choice you had at the time and that decision has shaped my life profoundly. It’s hard to conceive just how different I would be today if you hadn’t made the choice that you made.

If you could go back and rewrite the past, what would you want to change the most and why?I’d go back and stop the attack on Veiled Gorge before it happened. A lot of good people died in that raid and I wish I could have saved them.

It is clear that you are a brave and powerful young man with a lot of other great traits that define you as a person, but is there any trait you would consider as your fatal flaw?
I fear I’m not a very trusting person. It takes a lot of convincing for someone to gain my trust. And yet, I feel I’m getting better at this as I grow up.

What is it about Tara that made you two almost instantly get along?
I was drawn to Tara from the moment I saw her. She made me feel more comfortable in a strange world and, in turn, I guess I made her feel better about a world she never knew. She’s kind and beautiful and her laugh is infectious.

Honestly, how do you truly feel about your biological father?
I wish I could have known him better in the short time we had. I’ll never forgive him for his actions, but I’ll always wonder if there was a better man in him; a man who could have been a real father.

What were the first thoughts that popped into your head after you were told about your real past and who you really were?
It was too much to take. I couldn’t believe it!  At the same time, I knew it was true.  It explained everything: the things I can do, my father’s attitude toward the Sorak, The Soraks’ interest in me.

Thank you so much for being here Beynn and letting us get to know you a little bit better. I have one final question for you. How do feel about the near future and do you have any plans for your life?
I look forward to whatever comes next. I plan to spend time getting to know my mother and settle into this new life as the person I’ve become. I expect it won’t be easy, but who knows? Something exciting might happen along the way.

Behind My Camel by The Police

Voices Inside My Head by The Police