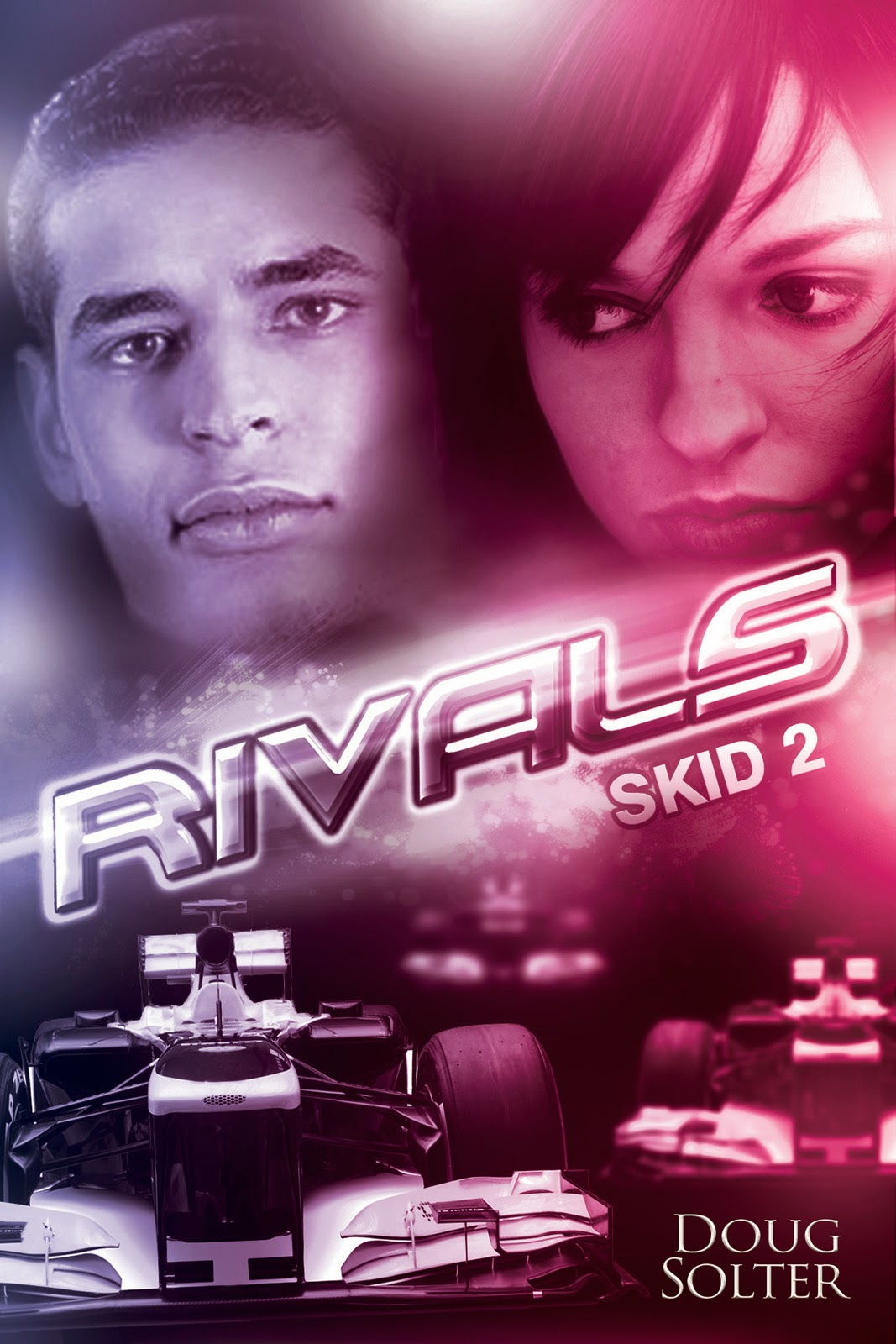 
Eighteen-year-old Samantha Sutton is back for a new racing season in Formula One. The hot new racing star of Wolert Porsche has everything she wants. An awesome team. An awesome car. And the perfect boy. But her optimism sinks when her boss steals arch-rival Emilio Ronaldo away from Ferrari and makes the jerk her team's number-one driver.
Stressing about Emilio, Samantha struggles with her new public life as a teen sports star. Finding time to be the best girlfriend to Manny proves more and more difficult. It also doesn't help that Manny's ex-girlfriend Hanna shows up. The girl treated at a mental hospital for poisoning his grandmother's dog.
The pressure on Samantha becomes unbearable. Paranoia, mistrust, and jealousy take over. She lashes out at everyone as the world seems determined to bring her down.
Can Samantha rise above it all and win the world championship? Or will this be the end of everything she's worked so hard for?

This novel is the sequel to Skid which is available for free download in either eBook or Audiobook form when you sign up to the author's free email list.

“Are you ready to meet your new teammate?” Benito asks.
Not really.
Outside the main garage, the three of us take the little sidewalk that leads to the scenic overlook near the back of the office building. The overlook is this cozy spot with chairs and benches. Lots of Wolert Porsche employees walk over here to have lunch or to take a break from work to stare at the pretty view of the deep valley and the pointy tops of the Alps surrounding it.
A slight breeze runs up the valley and smacks the side of the mountain we’re on. The sun spreads Emilio Ronaldo’s shadow over the molded-stone pavement as he leans against the wood safety rails that prevent people from falling over the steep drop.
I join him along the rail.
Emilio takes a long drag from a cigar, blowing out a large plume of smoke. He tucks his hand inside his sport coat and pulls out another cigar. “Do you smoke?”
“Seriously? You’re offering me a cigar?” I ask.
“They’re very good. Very strong. Grow hair on your chest.” Emilio grins.
Yeah, right. Smoking a cigar is a macho-guy thing. They need it to feel like men. Hmm. I wonder if little-old me is intimidating him again. The same girl who made him flinch during that race at Spa. That would be awesome if I’m getting under his skin.
Emilio slips the cigar back into his coat. “But if you don’t feel adventurous I understand.”
Wait a second. Is he saying I’m too timid? That I can’t handle a cigar just because I’m a girl?
“I’d love a cigar,” I say, acting like it’s no big deal.
Emilio pulls out the cigar. I snatch it and place it in my mouth. The foreign object lays heavy on my tongue and feels like I have a wad of paper stuffed in my mouth.
“You need to cut off the end first.”
“I know that.” I pull the cigar out and notice the round end that isn’t cut off. I bite into that and rip it off with my teeth. I taste flakes of pure tobacco on my tongue and it’s like ash and it’s disgusting and I spit it all over the stones at my feet.
Emilio smiles and holds up some rectangular-looking tool with a round hole in it. “I have a cutter. You don’t have to bite the end off.”
Now I feel like an idiot. Emilio must be enjoying this. Another genius plan to embarrass and humiliate me. Too late to stop now. I hold out the cigar and he cuts off the end. I put the cigar back in my mouth.
Emilio takes out a lighter and flicks. The flame licks the end of my cigar. “You must inhale to draw the flame in and light the tobacco.”
I breathe in and smoke fills my lungs.
Oh My God! I cough hard and bend over, belching smoke from my mouth like a dragon. I feel my eyes watering. A definite sign my body is yelling. What the hell are you doing to me, Samantha?
Enjoying my discomfort, Emilio inhales his cigar, the end of which glows bright red. Like a demon.
I take another drag on the cigar and my lungs belch out the foul smoke again. But I try to stand casual. Like the smoke doesn’t bother me.
“I would like to begin,” Emilio says. “By mentioning that our past grievances should be left in the past. We are both competitors. We both fight to win. But starting today, we will be teammates. Do you understand? When both of us do well, the team does well. The team will always matter more than one driver. I look forward to working with you. Not against you.” Emilio takes a moment for a puff on his cigar. “What is your opinion on that?”
My opinion? Someone actually wants to hear my opinion? It’s a mountain of cow puke. That’s my opinion. This is still my team and Emilio is not going to come in here and take it away. All this crap about team this and team that. It’s only to put a pacifier in my mouth so I won’t complain. Be the good little girl, Samantha. Play nice and get along with the boy who stole your place on the team.
I puff on the cigar and cough. Jeez. That’s what this cigar is. It’s a pacifier. Make baby Samantha shut up.
I take the cigar out of my mouth.
“Is it too strong?” Emilio asks.
This guy can read people crazy-well. He read me like a book right before our final race at Spa. Emilio detects weakness in others like a hawk drifting over a limping sheep, patiently waiting for it to fall over before attacking.
I won’t let him read me ever again.
“I agree. We so got into it last year and it was insane.” I use my sweet girlie voice that fools most guys. “And there were times I actually wanted to kill you. Like that time at your home in Brazil?”
“I remember,” he says. “I mentioned something about how you could never win the world championship.”
“Because I was a woman and didn’t have the killer instinct or something like that.”
Whoa. Easy, Samantha. Don’t lose it. Stay in control. Do not let Emilio beat you.
“Yes. Something like that,” Emilio says, his voice quieter. “You proved me wrong. The way you hunted me those last few laps at Spa. You were ruthless. Unyielding. You chased me down like a cunning animal that had learned patience and the art of intimidation. My observations please you?”
Crap. He caught me smiling.
“It was impressive. We are teammates now so I can mention this. You are not some female racer who shows off her body more than her racing skills. You are quite different.”
If that’s his version of a compliment, I guess I’ll take it. 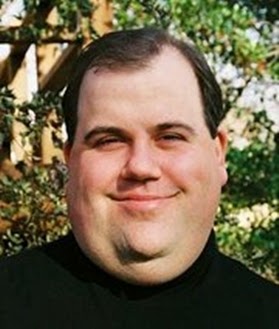 Growing up in Oklahoma, Doug Solter began writing screenplays in 1998 and became a 2001 semi-finalist in the Academy of Motion Pictures Arts and Sciences' Nicholl Fellowships in Screenwriting. His script Father Figure was one of 129 scripts left from 5,489 entries. Doug made the switch to writing young adult novels in 2008. Doug is also a member of the Society of Children’s Book Writers and Illustrators. Doug respects cats, loves the mountains, and one time walked the streets of Barcelona with a smile on his face.