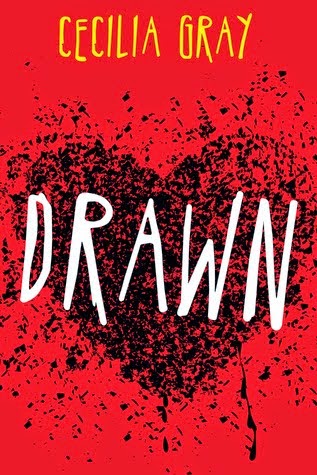 Sasha has a secret – that she can make you spill your secret with nothing more than a question. Her strange gift makes her a burden to her foster family and a total freak of nature. Not that Sasha cares. Why should she when no one cares about her?Then the CIA knocks on her door. They want to give Sasha a new identity and drop her into a foreign country to infiltrate a ring of zealous graffiti terrorists. They want to give Sasha something to care about.To survive a world where no one is who they seem, Sasha needs to make people trust her. But when that trust blossoms into love, Sasha is forced to decide between duty and friendship, between her mind and her heart, and whether to tell the truth or keep her secrets.

First and foremost, I have to acknowledge that this book probably has one of the most unique premises I have ever seen in a story. Sasha is a girl that has the power to make people around her tell the truth about whatever it is on their minds just by letting them hear the sound of her voice. Yes it sounds like a great gift to have, but actually it is more like a curse. There are countless amounts of time when Sasha is faced with the ugly truth of how people really feel about her and each unspoken truth that is revealed because of her talent is what she identifies as a "goose." Sasha has had a rough life because of her strange gift, but definitely one of the coolest things about her is that her gift has enabled her to work for the CIA. She had been working and living with her foster parent Chelsea in the U.S. until she is unexpectedly relocated to Belgium to put her CIA skills to the test. She is set on a mission to track down a notorious graffiti artist. Sometimes, I did find that I did not understand the real goal or value of the mission she was assigned to, but I believe this is partly because it was not really he main focus of the story.

Sasha's character development was beautifully done. She began as a girl who saw herself as someone who will never have a normal life due to her gift. Her way of coping with all of her life misfortunes was by drawing superhero comics. Her art was her outlet to the world and her inspiration to keep moving forward. She wanted to be a hero. For most of the book Sasha was so set on catering to the greater good until she realized the value of the relationships she had to sacrifice. Sasha had lacked friends in the past and it was very interesting to see how she hesitantly and without meaning to makes real friends for the first time. The characters she befriends are Viviane and Sebastien. Sasha's internal conflict is the question of how she can stay loyal to her friends, her job, and herself. She tries to figure out what is more important to her. Is it her want to make a difference in the world, or the relationships she has built? Sasha is very relatable in this way because she represents many of us who at one time have struggled to find who we were and/or who we wanted to become.

The setting is Belgium for most of the book which is well described and easy to visualize in the mind. I liked how Gray added French into the dialogue of the book because I feel like it added some humor and personality into a character's speech. Unfortunately I do not speak French which made it quite hard for me to really understand the humor or meaningful dialogue without having to search on Google translate every time. Some translation notes would have been great to really enhance the story and its dialogue to its fullest potential. The addition of comic style picture scenes in the beginning of each paragraph is a very nice touch. They allow the readers to see events that have happened in Sasha's past. The ending was one I could never have guessed, but it did leave me feeling satisfied with the book.

All in all this book was a very unique one. It is not long at all and can easily be gotten through in snap while still being a very enjoyable read.