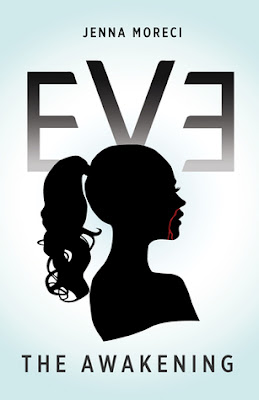 Eve is an outcast. A chimera.

After years of abuse and rejection, Evelyn Kingston is ready for a fresh start in a new city. The esteemed Billington University seems like the perfect place to reinvent herself—to live the life of an ordinary human.

But Billington is harboring a secret of it’s own. Interlopers have infiltrated the university, and their sinister plans are targeted at chimeras—like Eve.

Instantly, Eve’s new life takes a drastic turn. In a time filled with chaos, is the world focusing on the wrong enemy? And when the situation at Billington shifts from hostile to dangerous, will Eve remain in the shadows, or rise up and fight?

My expectations: A thrilling science fiction novel following a girl that wields a unique power and goes on a quest of some sort to save the universe all wrapped into an amazing plot. (Let's just say, I set the bar was high on this one)

Reality: A Sci-Fi novel that was engaging, action-packed, and emotional all at the same time with a great main character and great supporting characters all wrapped into one dynamic (*wink,wink* book reference) plot. So basically, that translates into AMAZINGNESS!

I had a lot of faith that Eve: The Awakening was going to be great, but HOLLY BALLS (*wink, wink*)! It was even better then I expected. Eve, the protagonist, is a chimera who has had a rough life due to her "special" condition and a cycle of tragic events she keeps finding herself in. She starts attending Billington college in hopes she can turn her life around for the better, but when her new safe haven becomes threatened by Interlopers (aka nasty, evil aliens), she is forced out of her comfort zone and her talent was put to the test.

I knew I would like Eve from the very beginning because of all her sarcasm and spunk. She is a very admirable character in the way she still stays put together even after all the hardship she has been through and continues to go through. Her love interest was not a stalker, (Thank God!) but a genuine, likable, and not over-controlling character. These traits are actually hard to come by in books, especially if you read YA novels. Thank you Jenna for not making your characters bland. I liked the inclusion of Asians and people with different sexualities.

I found myself becoming so emotionally invested in many of the characters. Jenna created so many lovable and hateable (I don't even think that's a word) characters. Eve creates her own little interloper fighting crew in the novel and I adored them all! The relationships they had with each other and their teamwork against the interlopers was all just perfect. I also loved the concept of being a chimera and wielding the power to move objects with your mind (so basically telekinesis). It is so sad how chimera are treated like evil creatures in this futuristic society when really, chimeras hold this amazing power that can be so helpful. Low key, I kinda wish I was a chimera now, but....only for their talent.

The pacing was spot-on in this book! The action just kept on coming and I was NEVER bored of the plot. It had me hooked until the very end. It was hard to yank my eyes off the page because I was so eager to see what was coming next. On top of all this, I very much enjoyed the writing style in the book. It was descriptive enough for me a to paint a picture in my mind, but not overly descriptive and it gave the book a nice tone. Even though it was told in 3rd person, I was still able to feel connected to the main character's actions and feelings. The romance between the protagonist and the love interest actually felt real! It did not just come out of no where and it had a steady build up. I just wish the book had given a little bit more background information on how the chimera's and interlopers emerged and their origins, but hopefully we will get a little bit more information in the next books,

Conclusion: Eve: The Awakening was an amazing start to a Sci-Fi series I know will continue to be amazing. This book will definitely be added to my list of favorite books of the year and I am dying to get my hands on the sequel. I recommend this book to everyone!